These songs have been heard by approximately half a million listeners to date!

Depending upon your operating system, you might be listening to Accessory to Love. If not, click on the start triangle below to begin playing.
IMPORTANT: You will need to pause the audio clip before clicking on any of the song images below.

To purchase or sample any song below, DOUBLE CLICK  on the song image even if your computer is set to single click.

The First Ten Seconds Are The Hardest

Life on the River

Silver Ball on the Roulette Wheel of Life

The Stars & The Pickup Truck

The First Ten Seconds Are The Hardest

Time for Being Young

Get All The Songs! 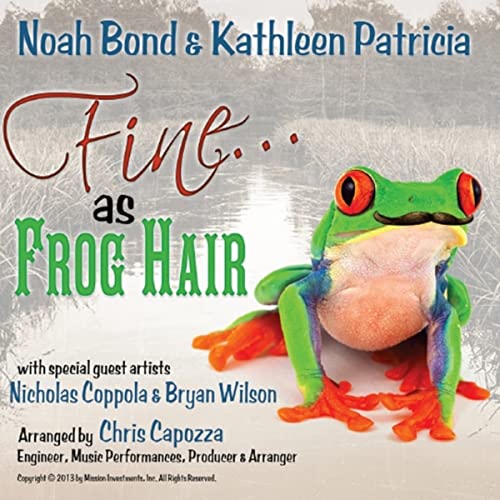 Complete versions of all of the songs above are on this album, making it the bargain of the century. It can be purchased as a download or a compact disc. Inexpensive as the singles are, buying the entire compilation in one fellswoop is both time-saving and thrifty. To experience the range and versatility of this extraordinary endeavor, purchase the album and play it in order. Don’t miss out.

No regrets. GO FOR IT!

ATTENTION!
An “Audio CD” of this album from Amazon may be a copy made by Amazon on demand. It will not contain all the artwork and information of the original product. Instead of a label, it will name the title and main artists. But the Amazon “Audio CD” will be less expensive than the original and sound the same.

I always get questions about the songs mentioned in my books. In the 1930’s there was a weekly 15-minute live radio show in Columbus, Ohio, called Ken & Lou, the Singing Two. My father was the Ken component of the Singing Two. He sang and played the ukulele. I once asked him what they were paid. A confused look came over him for a moment. Then he said “We weren’t very good. We called it square.” Thus was born a family musical tradition of singing and playing stringed instruments with little talent, inadequate preparation and nominal compensation. I did my part, as evidenced by the songs in my novels and the dozens that lie in wait for unsuspecting future novels.

The genetic predisposition toward musical performances reached its inevitable conclusion in June, 2013, at Chris Capozza’s Bluestar Studio in Orlando. Noah Bond, Kathleen Patricia and Chris were joined by Nick Coppola for a marathon session – 13 songs in 12 days. Taking into account that none these songs had been rehearsed, it was a determined effort that left the participants drained, but happy. The results of this have been preserved, along with 5 songs recorded in 2012, in the CD album Fine as Frog Hair. This album also includes Time Suite Time by Failure to Thrive (Coppola, Capozza and Wilson), which sounds like it belongs on an album by The Who.

For more information about Kathleen Patricia, including her upcoming performance date and locations, go to www. KATPAT.net

Since most of the songs were written by Noah on a 6-string acoustic guitar, they tend to be country songs. Perhaps because the guitar was made in Brazil during the 1960s, two songs became bossa novas. In any event, several songs were liberated in the studio, where they achieved their potential as songs in the styles of The Byrds, Creedence Clearwater Revival, The Moody Blues and (gasp!) Pink Floyd. When the dust cleared, about half of the songs remained country songs.

Every song has a story. Backward I Gaze is based on a haiku poem by the venerable Japanese poet, Shiki. Silver Ball on the Roulette Wheel of Life began as a friendly parody of country songs, but quickly became the real item. Light Shadows was originally the spooky introduction to a song that wasn’t good enough to make the cut. Accessory to Love was the result of a series of miracles worthy of a novel. I Love You, Keep Reading was intended to be a country song, but – like Hotel California – became reggae. Chelsea was originally recorded in Nashville and released in 1971 as Kelsey. It was updated before its reappearance.